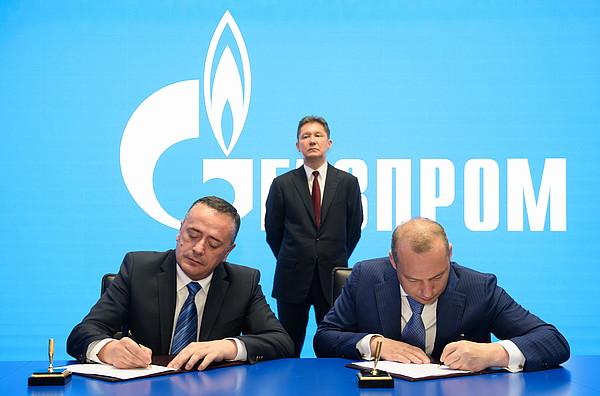 Denis Fyodorov, Director General of Gazprom Energoholding, and Aleksandar Antic, Minister of Mining and Energy of the Republic of Serbia, today signed at the St. Petersburg International Economic Forum 2019 an Agreement of Intent on the construction project for gas-fired power plants in Serbia.

The signing ceremony took place in the presence of Alexey Miller, Chairman of the Gazprom Management Committee.

With this document, the parties confirmed their mutual interest in the projects for constructing heat and power generating facilities in Serbia and expressed their willingness to consider the possibility of a joint engineering company being set up by Gazprom Energoholding and a Serbian state-owned enterprise, which would be designated by the Serbian government. The main terms of establishing the joint venture will be determined in the course of detailed negotiations. Construction of a power plant in the city of Kragujevac is identified as a priority project.

In June 2018, the Gazprom Board of Directors approved the Company's power generation strategy for 2018–2027. The document provides for, among other things, the diversification of Gazprom's power business by entering promising foreign markets.

At present, the Gazprom Energoholding Group, together with NIS a.d. Novi Sad (Gazprom Neft Group), is implementing a project for the construction of a combined cycle thermal power plant (TPP) with a power capacity of some 200 MW near a refinery in Pancevo.

On March 7, 2019, Denis Fyodorov and Aleksandar Antic signed the Memorandum of Understanding on the implementation of combined heat and power generation projects in Serbia. The signing took place at the event celebrating the launch of construction of the Pancevo TPP. In line with the document, the parties arranged for joint efforts aimed at reviewing further options for building and upgrading power plants in Serbia.

Gazprom Energoholding, a wholly-owned subsidiary of Gazprom, is a special-purpose company that manages the companies of the Gazprom Group in the power generation sector. Its main production assets are Mosenergo, TGC-1, OGK-2, and MOEK.